Interview & Translation by Mario Braga for We LOVE Arabian Horses

Interview with Paquito Carrasco of Haras Carandá, former President of ABCCA and importer of Exceladdin, Naturel and Bandit SRA

1) Haras Carandá has been operating for over 30 years if I am not mistaken. How and when was your start in the Arabian breed ?

In 1979 I bought two part breds in partnership with a friend.

In 1985 I attended the official auction held by the Brazilian Arabian Horse Association and bought two purebred broodmares.

I always tried to keep up with the horses bred and imported by the main breeders in Brazil. I came to the conclusion that the quality level of the horses in the USA back then was far superior to ours. With that in mind and aiming at upgrading significantly the quality of my own herd, in 1987 I bought a Muscat daughter from the US named Aristokat and in 1988 one of the greater jewels ever produced in Brazil was offered at public auction, the Brazilian National Champion Mare Jur Gleenchal (a daughter of Prichal).

All the big players were there for her and I knew I could not compete with them. So my strategy was to start off the bidding with a very high value, hoping they would think the bidder would not give up at any price. The bluff worked and Jur Gleenchal was mine!

2) Back in the late 80’s you made history by importing Exceladdin, the first U.S National Champion stallion to ever win under a Brazilian ownership. Tell us how was the process of negotiating and finally bringing him to Brazil. What were the crosses that best worked with him?

To be able to acquire a stallion of Exceladdin’s caliber was just an impossible dream for a long time. He ranked among the top stallions many of which had been syndicated for millions.

He had won already the Canadian Nationals and Scottsdale, and was the favorite to win the U.S Nationals. At that moment those crazy prices we saw a few years before have started to go down. So when he became available I did not hesitate.

In my opinion Exceladdin and Ali Jamaal were the two best stallions from their generation. We bought Exceladdin and he became US National Champion stallion. It was one of the happiest days of my life.

He came to Brazil to serve my mares. He produced some wonderful foals here. Nonetheless I ended up also importing his best son in the U.S.A, the stallion Exceptionn from Dan Grossman who had been US National Champion AOTH and then won the Brazilian stallion champion title as well.

3) Around that same time you have assembled an extraordinary group of mares, including Barodd, Mystic Image, Brazilian Champion Mare Jur Gleenchal, the Amber Satin daughter Natural Satin, the Bey Shah daughter Cara Bey, NV Gypsy Dancer and Fire Baska among many others. In addition to that you were the breeder with the largest number of Bey Shah daughters of all time in Brazil and the first to ever produce Bey Shah descendants here.

Together in a given year at Nationals you had six of the Brazilian Top Ten mares and the reserve champion Barodd. Where there any favorites show mares and broodmares?

Oh the mares …every time i drove to the farm I would be smitten by a different one.

I was able to gather a trully impressive group of mares of amazing quality, once again thanks for the drop of the prices in North America in the late 80’s.

One of them being Mystick Image who in my opinion was the finest El Shaklan daughter that I ever seen.

In the other hand I bought NV Gypsy Dancer (Bey Shah x Afrodite by Aladdin) when she was a gangly and nervous 6 months old filly. Who would have thought that she would later become a gorgeous mare and win the Brazilian Nationals?

Another mare I fell in love with and bought was the Muscat daughter Barodd. Her body and throatlatch were out of this world. She was US Reserve Futurity filly and when Michael Byatt picked her to show at Brazilian Nationals she was only 20 days after foaling. Nevertheless she became Reserve National Champion Mare beating over 30 incredible mares.

HB Bey Sera ( a Huckleberry Bey daughter) was purchased from my friend Walter Mishek before her futurity class at the US Nationals, to which she won much to our joy !

Two other favorites were Cara Bay and Natural Satin.

Cara Bay was in my opinion the finest Bey Shah daughter that ever was. She was difficult to show but her legacy has brought me some generations later the beautiful Carandá Lulikah by Bandit SRA who just won gold at the International Show last November and was second in her age class at Nationals.

Natural Satin’s mother was Amber Satin one of the most beautiful mares I have ever seen in my life. Natural Satin was beautiful, feminine and yet a powerful mover. She was one of the reasons i ended up buying her father, Naturel, years later. She was named Brazilian Reserve Champion Mare twice, but like her father, unfortunately she died very early.

4) You were also partner in two very important straight Russian stallions. The first imported by you was Naturel and the second imported by the Audis was Ponomarev. Tell us a bit more about them and their legacy.

I always loved the Russian bred horses and their descendants (and their great Polish heritage as well). For me a horse, aside from being beautiful has also to be ridden and functional. The Russian blooded horses usually fit the bill by being athletic, with great necks, movement and also type.

Back in the 80’s my three favorite horses were Bey Shah, Aladdin and the straight Russian Muscat.

So a few years later I was able to import the Scottsdale Champion and straight Russian Naturel to Brazil. Then when the Audis dispersed their herd, I made a partnership with Salim Mattar and bought the beautiful Ponomarev, a paternal brother to Muscat.

Unfortunately, Naturel died only seven months after his arrival and bred only two mares. It was devastating.

5) Many years after your beginning and after somehow a hiatus from breeding and showing, you once again make your mark with a stallion that is presently ranked among the best in Brazil. Bandit SRA a son of DA Valentino and LL Albufera was named Brazilian National Champion Stallion and already produced many National Champions. How did you find him and how do you see his journey in Brazil as a sire?

I first met Bandit SRA at Midwest as a yearling. I was very impressed by him.

By the time he was three I received a call from Rinaldo Longuini telling me that he became available. Don Grossman who bred him and who sold me Exceptionn years before, had some of his siblings so I was able to buy Bandit and bring him to Brazil where he won Brazilian National Champion stallion and is building an amazing career as a sire.

Both sides of his pedigree are extraordinary!

His father is DA Valentino, one of my favorite stallions along with Magnum Psyche and Marwan al Shaqab.

His mother is the famous Chilean National Champion and US Top Ten mare LL Albufera, a grandaughter of the world aristocrat Negatraz daughter Touch a Dream.

Bandit SRA is doing a superb job as a sire with offspring exported to the Middle East, Chile and the USA.
Two of his most prominent daughters are the Brazilian multinational champions and crowd favorites Preferida Rach bred by Ricardo and Paulo Saliba and My Best Surprise FWM bred by Paulo Castro Marques. But the list of champions is very extensive and keeps growing. Thankfully he is doing a great work as a sire and his future looks very bright. 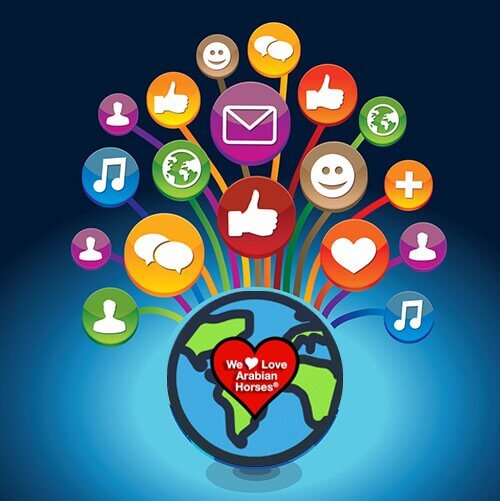 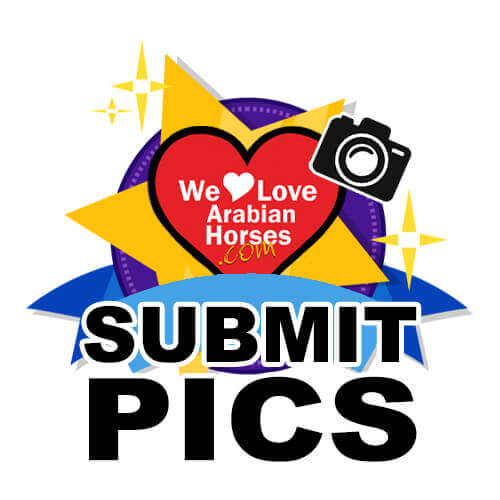 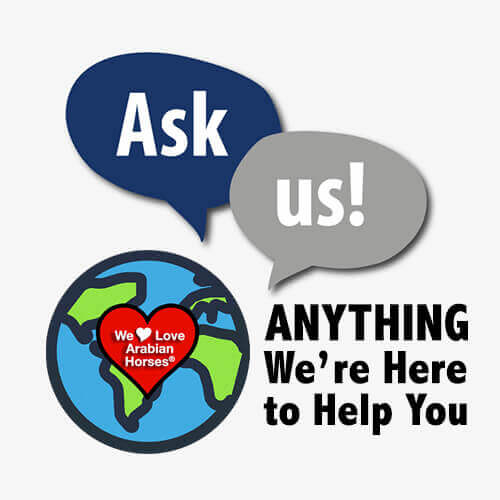 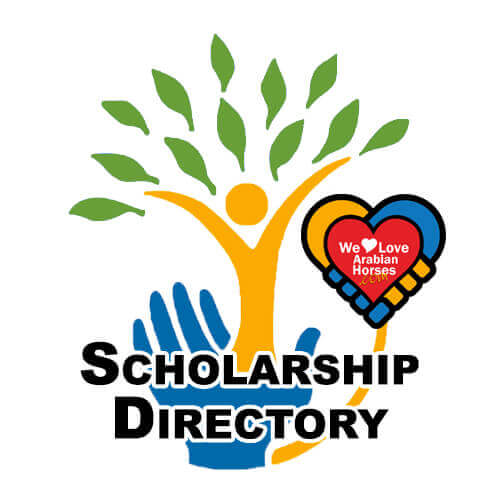 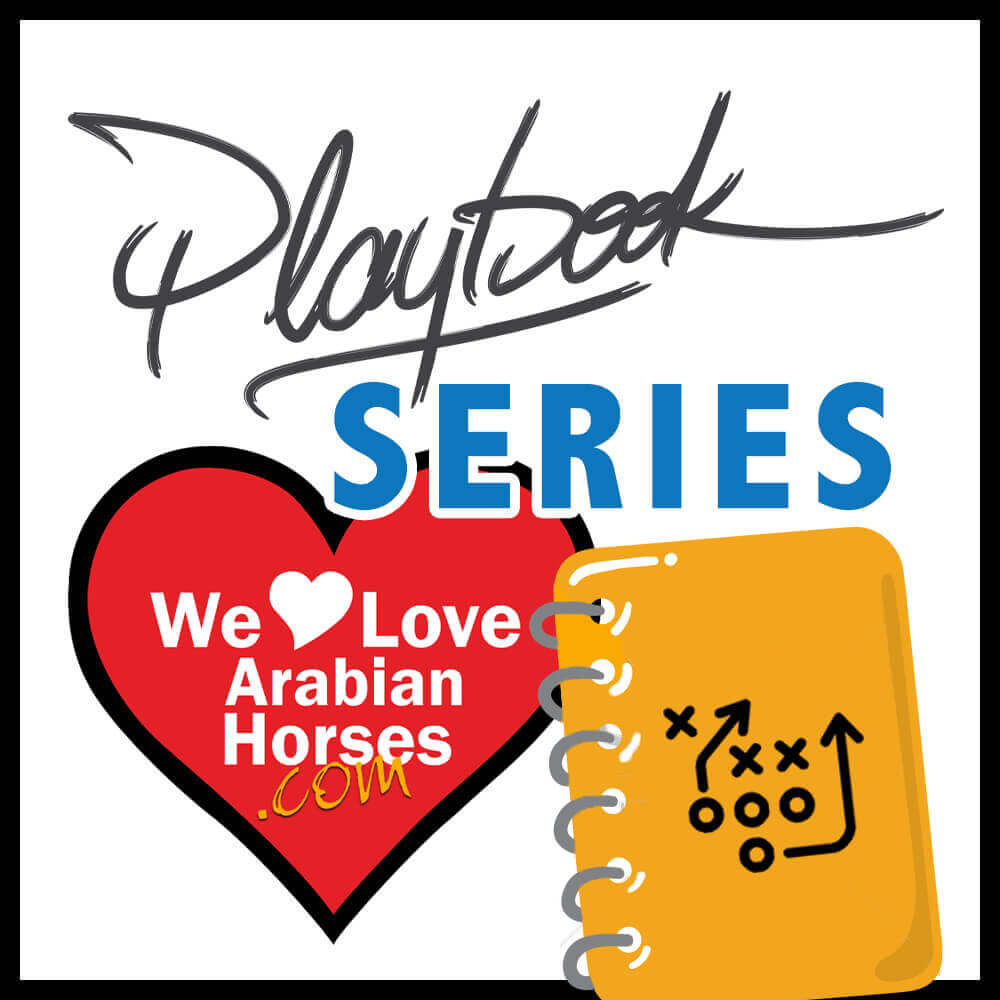 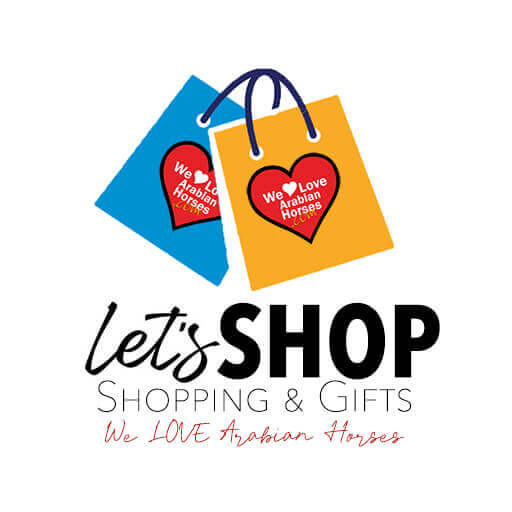 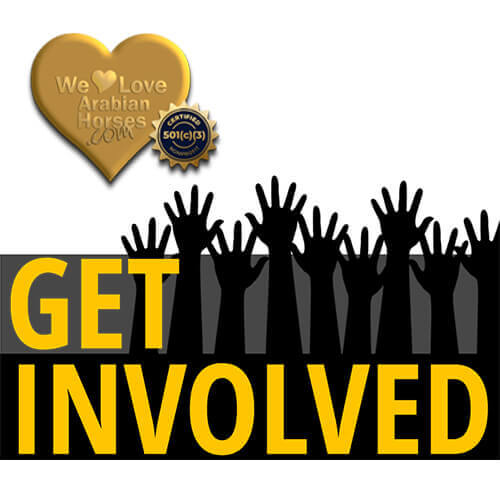 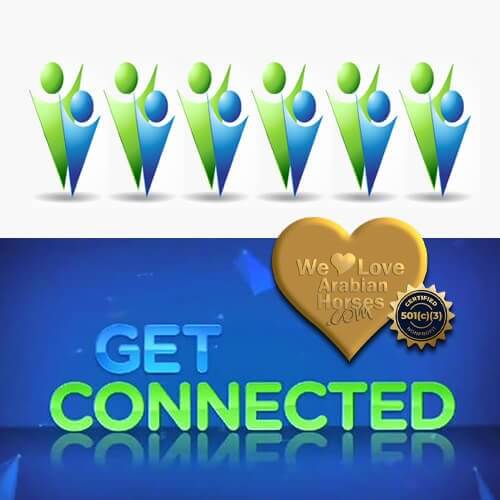